Fast & Easy Bail Bonds, Call Us To Get Out On A Bond 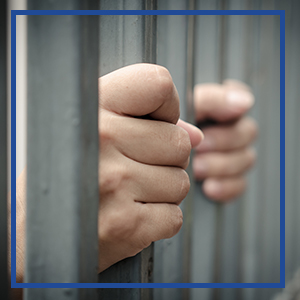 The truth is simple: no one wants to receive a call from a friend or family member who has been arrested and is in jail. After the initial shock of the news wears off, there are several important steps to take in order to get them out of jail as fast as possible.

The first step is to call Ironside Bail Bonds in Oakland County. Our bondsmen will work with you to post bail as quickly as possible and at an affordable price. We understand the process, which means that instead of trying to navigate what can be a confusing and frustrating criminal justice system, we can take all of the proper steps in the proper order on your behalf. Clients who have worked with us before have applauded our speed, thoroughness, and our caring demeanor during what is a difficult time.

The second step you should take after someone you care about has been arrested is ensuring that they do everything that they have been ordered to do by the court. This can include many different orders, including drug or alcohol classes, random drug tests, pre-trial interventions, following protection orders, avoiding certain places, and following other restrictions. At Ironside Bail Bonds, we can help you better understand and abide by these orders. Because the consequences for failing to follow the court’s order can be steep (rearrest, revocation of bond, additional charges), it is in everyone’s best interest to stay on top of these restrictions.

Call Ironside Bail Bonds as soon as you need our help. We are available 24/7 because we understand that an arrest can happen at any time.

If this is the first time you have ever had to look up bail bonds in order to get someone out of jail in Oakland County or you just aren’t certain about the specifics of bail, the following section will lay out what a bail bond is, explain why they are so important, and more common questions people have about bail bonds.

What is a Bail Bond? 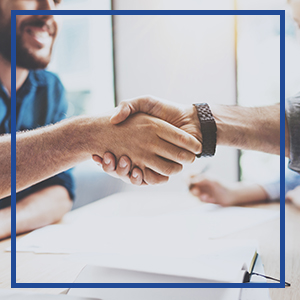 In the case of a bail bond, the court/legal system is the obligee, the principal is the accused, and the surety is the bail bondsman. Essentially, a surety bond works to create a system that is better able to hold people accountable for their actions.

If you need a bail bond for someone, you will call Ironside Bail Bonds and pay for the bond. You are, at first, only responsible for a percentage of the bail amount instead of the full amount. The bondsman will pay the full amount of the bail to the court under the assumption that the accused will arrive for their court date.

What makes a bail bond different from other kinds of bonds and loans is that, in many cases, the person who is taking out the bond must put up some sort of collateral as insurance that the accused will show up for their court case and abide by the restrictions set by the court before their trial date. Because the bondsman puts up the full bail amount, the collateral is there in case the accused does not show up to court. If they fail to appear and the bondsman loses the bail, they will then collect the collateral to make up for their losses.

If you have questions about the bail bonds process or you need to bail someone out of a jail in Oakland County, call us at Ironside Bail Bonds. We will work quickly to help you and your friend or family member.

Felonies are severe crimes, but that does not mean that you are automatically unable to bond someone out if they have been charged with a felony. During the accused’s arraignment, the judge will set the terms and conditions for their possible release. Several factors will help the judge decide whether or not someone can be released from jail after being charged with a felony, including:

If your family member or friend has been arraigned and the judge has set a bail amount, contact us at Ironside Bail Bonds. 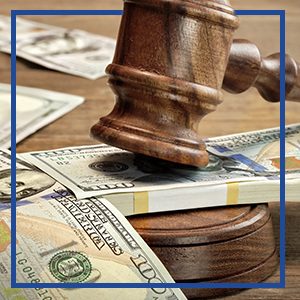 Misdemeanors are less severe than felonies, but still more severe than code violations. Crimes that are classified as misdemeanors can be everything from a traffic violation to minor drug charges, assault, and some theft charges. For many of these crimes, there are preset bail amounts which can make the process move more quickly.

The following crimes are a small number of the misdemeanor charges that we can bail you out for:

At Ironside Bail Bonds, we understand that it isn’t always easy to get the money together to pay for a bail bond. With this is mind, we have easy payment plans available. We will work with you to figure out a plan that makes paying the premium over time easy.

Give us a call today to learn more about our payment plans for bail bonds and to ask any questions you have about how we work. We are available 24/7, so you can get in touch with us at any time, night or day.

We Specialize in All Your Bail Bond Needs

We are always there for you, when you need us the most. We look forward to assisting and supporting you during your time of need. We offer 24/7 service and can come to you. Fill out a form or give us a call to get started.

Don't confuse us with the other guys. Maintaining a high level of integrity is the cornerstone of our business. Let us help you with your bail bond needs today!

We provide fast and confidential bail bonding services, 24-hours a day, 7-days a week. Call us to access our professional and comprehensive bail services.

Our agents are licensed and experienced professionals who understand the emotional difficulty faced when trying to arrange bail for a family member or a friend.

Our bail bondsmen are always available to answer any and all of your questions regarding the bailout process, payment arrangements, and more.